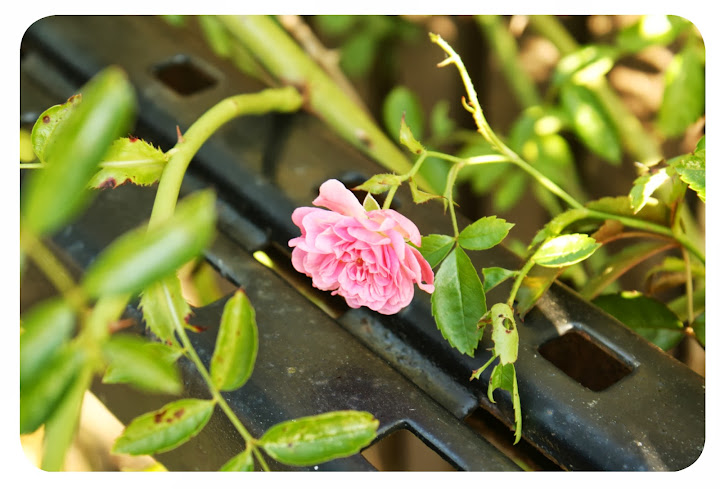 That is the last line of a poem by Wendell Berry called The Wild Rose. The rest of it goes like this:

Sometimes hidden from me
in daily custom and in trust,
so that I live by you unaware
as by the beating of my heart,

suddenly you flare in my sight,
a wild rose blooming at the edge
of thicket, grace and light
where yesterday was only shade,

and once more I am blessed, choosing
again what I chose before.

Berry wrote the poem for his wife, but Anne Lamott, the author who quoted it, said that it reminds her of her writing, which she says “is like a person to me—the person who, after all these years, still makes sense to me.”

Choosing again what I chose before. Writing (as with everything in life, I guess) starts with a choice. You choose to sit down and write, instead of watching TV or planning tomorrow’s lunch or sorting out your sock drawer. It will always be a mystery to me why, if I claim to love writing so much, I can so easily find a million other things to do instead of sitting down to write. But Lamott encourages would-be writers to stick to it, day after day, at approximately the same time every day, even it means sitting there for an indefinite period of time rocking “like a huge autistic child.”

Because sooner or later, something magical will happen.

And that something magical doesn’t mean that a best-selling novel will suddenly start flowing without interruption in the wake of your pen or cursor, like beer from a tap. More often than not, it will simply mean that out of a dozen paragraphs of drivel, one will make you stop and read it again, and then file it away, and maybe someday it will re-appear, as the germ of an essay or a story or even — why not? – a novel.

So I have been writing, if not every day, then a little bit more regularly than I used to, and the other week I actually produced something that was accepted for publication. But I’m trying not to let it go to my head, reminding myself of another Lamott pearl of wisdom, “Getting published is not all it’s cracked up to be. But writing is.”

One thought on “Choosing again what I chose before”